Ben Carson is doing his best to make people forget he is unqualified to be the secretary of the Department of Housing and Urban Development (HUD). From the beginning, his mission appears to be to prevent low-income people from obtaining fair housing. For example, Carson has blocked an Obama-era Small Area Fair Market Rent rule, which would give low-income people better access to schools and jobs, a mandate that was supposed to go into effect on January 1st. He also wants to kick people out of HUD if they don’t work a requirement of 32 hours per week. Regardless of if there are little-to-no jobs in an area, if the jobs are paying a starvation wage or if the job is only 20 hours a week. Of course, he famously said people are “too comfortable” in poverty. Carson appears too comfortable at HUD with a $31,000 office dining room set, his family’s allegedly too involved in HUD and employees filing lawsuits against him.

That said, in a clear effort to clean up his heartless image, on Tuesday Carson visited Winridge Elementary in Memphis, Tennessee. He met with a woman named Shakila Boyd who was once homeless with her child and was saved because of HUD programs (more than likely, the HUD programs under the Obama administration). According to Fox 13 in Memphis, she said, “I’m going back to school now and everything,” Boyd said through tears while holding her daughter, K’Yanna. “I have a house. They helped me get a job and I’m doing better now.” 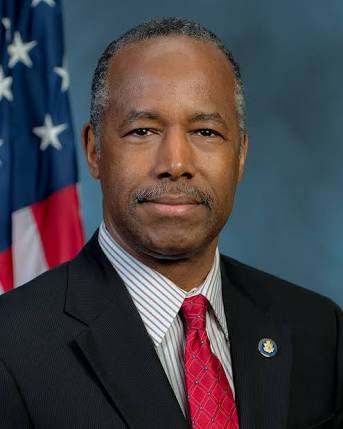 Carson’s response to Shakila’s story? He believes the way to stop poverty is for more people to get married. “Number one: finish high school. Number two: get married. Number three: wait until you get married to have children,” Carson said. “Just those three things, and you’re two percent less likely to live in poverty.” Obviously, getting your education and waiting to have children until you are ready to have children will reduce poverty. But the deeply misinformed Ben Carson is completely wrong about marriage reducing poverty. Countless studies have proven you cannot marry yourself out of poverty. This is a recycled talking point from the conservative right that Carson has the nerve to spit out in front of a woman who poured her heart out. As Kristi Williams of the Ohio State University told The New York Times in 2015, “It isn’t that having a lasting and successful marriage is a cure for living in poverty. Living in poverty is a barrier to having a lasting and successful marriage.”

Williams also said, “Even the marriages that last don’t end up offering women much of a lifeline. Her researchers found that the pool of potential partners in low-income communities doesn’t offer single mothers many chances for finding stable partners with economic resources. ‘The new unions that single mothers form tend to have low levels of relationship quality and high rates of instability,’ she writes. Meanwhile, those who do marry and stay together still don’t see a lot of payoff. ‘[W]e found no physical or psychological advantages for the majority of adolescents born to a single mother whose mothers later married,’ she reports.”

Conservatives like to also point out that when marriages rates were higher through the 1950s to the 1970s, there was less poverty. But, CNN.com explains, “From the 1950s to the mid-1970s, the United States greatly increased government support systems for workers, expanding Social Security, enlarging the safety net and investing in school construction and infrastructure that created jobs for blue collar workers while improving housing and educational access for the middle class. The result? More Americans were able to work their way into economic security and to invest in education and training that enabled their children to do even better. Over that period, the poverty rate was halved, falling from 22% to 11%.”

Even when it comes to high school, CNN.com reported, “Graduating from high school is certainly a good idea, but it’s no longer much protection against poverty. In fact, 70% of working-age adults who live in poverty do have high school diplomas, and many have even attended college, according to calculations prepared for a forthcoming paper by economist Shawn Fremstad, senior research associate at the Center for Economic and Policy Research.”

In addition, we learned just a few weeks ago that Black boys who grow up wealthy are more likely to end up in poverty than white men who grew up middle class. What Carson will always fail to acknowledge is that marriage will not stop poverty if people are living with a starvation wage, suffering from wage discrimination (the pay gap is even worse for Black women), struggling with racism and social services are being cut — which began with President Ronald Reagan in the 1980s. The 1980s is also when poverty skyrocketed.