A Domincan Republic teenager, Emely Peguero, a 16-year-old girl, disappeared after leaving her house at 9:00 am on Wednesday August 23, with her boyfriend to a Medical Center of San Francisco de Macorís . Later it was learned that she was pregnant. 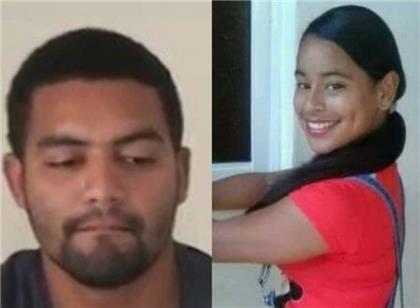 The main suspect, whatever it was that happened to the girl, is her partner, Marlin Martinez, who, according to police reports, said that he accompanied his girlfriend to gas station, and that once there she would take a motorcycle that would leave it at the health center.

Her family appealed to various social networks and started different campaigns on social networks, such as “Todos Somos Emily” (We Are All Emely) and “Donde esta Emily” (Where Is Emely ), getting many people join the cause.

The family of the young pregnant woman ask that anyone who has information about Emely’s whereabouts please call the numbers that appear in the images.

But Emily’s Boyfriend, Marlin Marines has confessed that he killed and disposed of her body in a local garbage disposal with the help of his mother, because Emely was underage and they needed to keep a clean profile, but authorities are still looking for her body. Although more dead girls bodies have been popping up while looking for Emely Peguero’s body.

We hope her family find peace this terrible period.