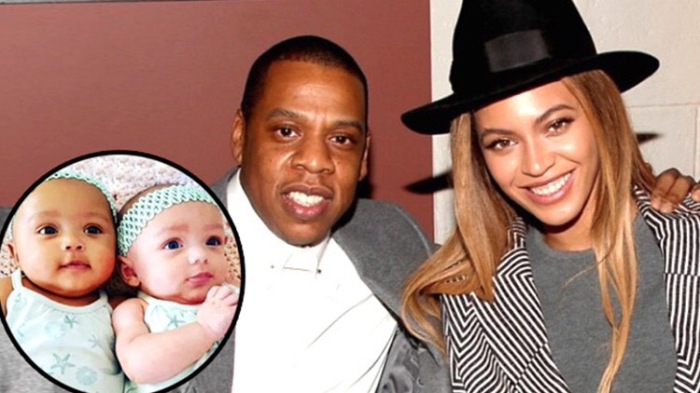 More revelations are coming to light as part 2 of JayZ’s interview with RapRadar was realeased today! This time the rapper reveals why he and wifey Beyoncé names the twins Rumi and Sir as well as how BlueIvy recorded her epic freestyle.
As for the origins of the twins names, Jay tells Rap Radar, “Rumi is our favorite poet, so it was for our daughter.” He continued, “Sir was like, man, come out the gate. He carries himself like that. He just came out, like, Sir.”
Jay also spoke about how Rumi and Sir’s big sister Blue Ivy blew him away with a 5-minute freestyle that’s featured on his album. “She got the headphones and she climbed on the little stool, and then she just started rapping,”‘he said. “I was like, ‘Oh, s–t.’ I have [her full freestyle] on my phone. Five minutes! Five minutes of her doing that.”

The Carters will be creating more of these special moments as they embark on Jay’s 4:44 to wear this October. He tells Rap Radar that he decided to schedule the tour later in the year so that he could spend as much time as possible with the new twins.

“I booked the tour for October so I could have at least four months to just really bond and see their fingers and s–t like that,” he explained. “They’ll be with me [on tour] anyway but I’m just saying, like, [I needed] a space where I’m not doing anything. I’m just focused on them. I’m not thinking about a show at night or anything like that. That’s why the tour is so far away from the release of the album.”