A man accused of fatally shooting Troy “Tee Tee” Dangerfield while she was inside her car, was arrested Tuesday at a Union City car dealership where he worked. 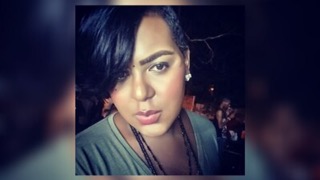 The arrest of Tyrone Kemp on a malice murder charge came three weeks after Troy “Tee Tee” Dangerfield was found dead in her car outside the South Hampton Estates in College Park on July 31. She was shot multiple times.

“Our family would like to express their significant gratitude to the College Park police department and the detectives who worked Tee Tee’s case,” Dangerfield’s family said in a statement to Channel 2. “This arrest helps bring some closure to our grieving family.”

Investigators said there is evidence Kemp, 26, had sex with Dangerfield before she was killed. They have not said if Dangerfield’s gender played a role in the deadly shooting.

According to the nation’s largest lesbian, gay, transgender and queer civil rights organization, at least 22 transgender people were killed in the United States in 2016, the most recorded by Human Rights Campaign.
Dangerfield, 32, was added to the 2017 edition of that list. She is No. 16.
Dangerfield’s death occurred weeks after another transgender person was killed in Georgia.