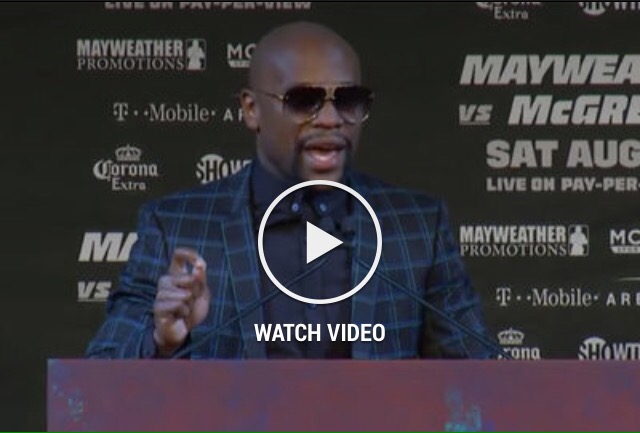 Even when Conor McGregor and Floyd Mayweather were trying to keep things business-like days before the fight, there were still insults flying at their final news conference.
Conor dropped the B word — again — vowing to “f**k this boy up” come Saturday night. He said it way more calmly this time around, but still didn’t back off using the racially charged term.
For his part, Floyd complimented Conor — calling him a tremendous fighter — but reminded him of the the long list of boxing greats he’d defeated on the path to 49-0. As Floyd put it … Pacquiao, Canelo and Mosley all had “had bombs” too.
During the pose off … Floyd got a face full of Conor’s breath. Hope his breath was, at least, minty fresh.