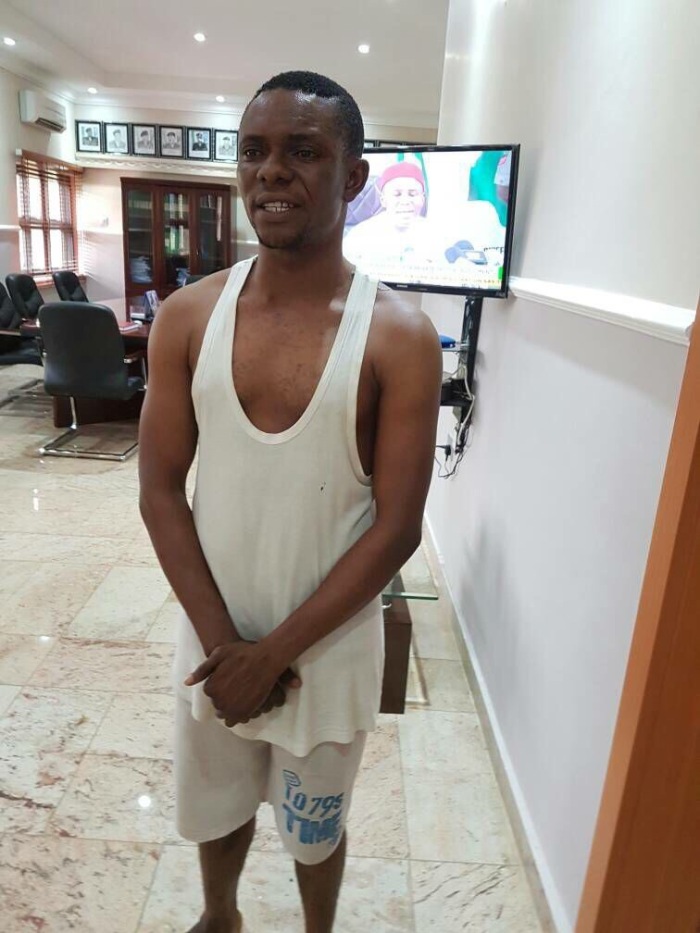 The Delta State Police Command have arrested a Pastor at Obiaruku, for allegedly defiling two teenage daughters of his co-pastor in the same church. Pastor Cletus Metititri, 29, committed the offense against Olomu Happy, 13, and Olomu Joy, 11.

Confirming the arrest, the Commissioner of Police office, CP Ibrahim Zanna said, “On Sunday, the 6th of August 2017, at about 9.10pm, one Pastor Olomu Friday, 45 years old of Back of Filling Station, Obiaruku reported that his two daughters were sexually assaulted by the suspect (Pastor Cletus).
He stated that he was informed by his son, Olomu Chris, 22 years, that he saw the said Pastor Cletus and the two girls coming out from an empty flat in their compound in a suspicious manner.
Preliminary investigation revealed a case of defilement on the senior daughter and indecent treatment on the younger one. The suspect was arrested and doctors report has indicated that the victims were sexually assaulted. Further investigation into the case is ongoing.”