Before I go into the story, I would love to say that Kodak Black is a dumb and ugly nitwit with a serious complex. 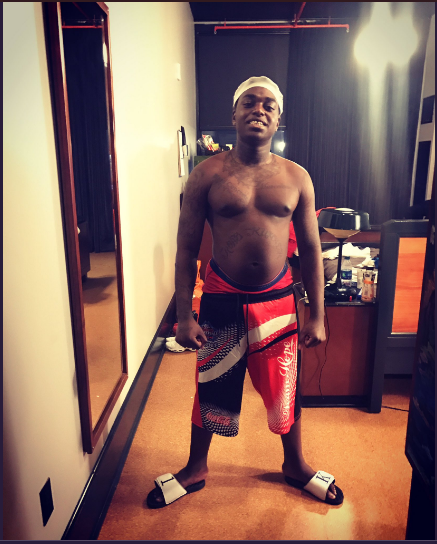 Now back to the story.

Kodak Black has been in the news after saying he didn’t like black girls after making comments about Keke Palmer in an Instagram Live Stream session and we sincerely hoped it was a slip of tongue and he would come back to his senses.

Kodak tried clarifying his statement after he got a lot of backlashes, and made it worse by saying

“I love Black African American women its just not my forte to deal with a “darskin” woman I prefer them to have a lighter complexion than me #MyPreference #FuckYou.”

In an interview with Essence Magazine, he stood by his comments calling dark skinned women ‘gutta’ and light skinned women were easy to break in. Did his mother drop him on the head when he was a baby?

Anything you’d say to Black women who have supported you who may have felt a way?
I love all my fans. It’s some beautiful Black women out there, it’s just not my preference to deal with a dark skinned woman. I’m already dark. I like light skinned women.

So do you think there is something wrong with dark skin?
No I have dark skin. But dark skin women are more difficult. I like light skin women. They are more sensitive.

I feel he is trying to remain relevant after being in prison for so long.

What do you all think?